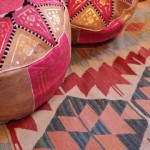 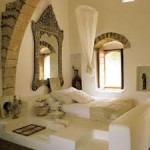 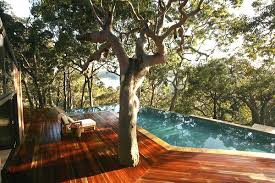 The dream is one of  eco living, honorable living, kids playing footy, venturing to indigenous territory  and learning the dreamtime, camping in the outback, creating and inspiring through art and therapy and living simply but able to travel as we like. Coexisting on a property with my parents, friends hanging out on weekends.

The reality would be  very different because Australia of our dreams is not affordable, not available to us. We would probably chose inner suburban living;  listening or complaining about who had made the best investment by buying “early’  in the better burb, comparing notes of who lived in London long enough to make corporate connections and who has their kids into a prestigious private school, who had inheritances to give them a kick start and who was better connected, who had a beach house and a supposed better life.   Questioning the make and model of the car you drive, where you holiday, who you know, how you size up to your friends, work colleagues and strangers even.

Don’t get me wrong it is not always like that and we don’t live our life that way but I recall a conversation in a playground as a newcomer to a local primary school in Richmond a inner city suburb of Melbourne, “What street do you live in?  Oh that’s a great street lovely houses, what number are you? Oh i know that place how much did you pay for that house?”  We rent I replied! The  lady got up and walked away  the Challenge to compare cleverness  was lost on the renter. Pompass arse!  Her name was Janet she looked miserable.

I miss my friends in Melbourne I just don’t miss the competition for success and the mental comparisons I  sometimes make about where I should be financially, career wise, material possessions and bank account because some git needs to feel better about their life asking me about mine. Not because my Melbourne,  friends are like that but because Australia is like that!  Maybe my friends there do it too? A little sample of the friends I left behind,Eddie ( my alpha female), Tina (my kindness inspiration), Jules ( my trustee), Johnny (my logic), Alicia  (my ambition), Lynne( my inspiration). Paul ( my confidant) , Todd ( my darling sage), Amelia( my positivity meter) and of course my mother who is all of the above.

I  think of some special expat friends. Jo in Qatar (my cheersquad big sister), Michelle in Mongolia (my consiglieri), Camila in Abu Dhabi ( my mexican  sister), Lisa in Australia ( my listener), Jessie in Canada ( my laugh provider), Alicia in Saudi Arabia ( my  etheric soul sister), Sofi in Indonesia ( my cultural advisor) and Lkhamsuren in Mongolia (my youth ambassador), Lesley in Hong Kong ( my stablizer).

It makes me think about the value of friendships and life. Who says that a life with a constant group is more valid than  one with  transient people? Not me  at this stage but who am I to judge or compare? I am a member of a circle a constant group, I love them all.

Baz lurhmahnn, a prominent filmmaker was on Australia network on TV  and  described  his family as a “circus family”  always moving and he said there are many more out there. “yes they are moving around the world like shoals of fish moving to where the food is.” I thought that was poignant, fitting and real.

Yes it’s the money that brings us but ultimately it is the job package.  If  you offered most of us “the job” in our home country it would not be  as financially rewarding as expatriate life.  Growing up I  had heard about expatriates and thought they were people seconded to a job. They were people who left for a little while to work in an obscure country and then return home.Pompous arses who drank gin and tonic and bragged about their intellectual superiority over the indigenous population.  Boy was I wrong.

I haven’t met those people and if I have I would have dismissed them as fast as they dismiss societies they move to. I learned the people in my  expatriate movement are a solid, accepting and loving group, they welcome with open arms, they nurture, they support, they give  so much effort , time and money to the country they live and they cry like everyone else. They hurt when people leave and they get sad when they need to move on.Then they do it all again with a new group of people every couple of years or so . They are champions. I love them and the gin and tonics consumed!Oh and most of them rent!