It’s been between 42 and 50 degrees here the past few days. It is face melt kinda stuff. It is also Ramadan and there is no drinking,  eating, spitting or smoking in public. Sex and  displays of affection  is definitely not acceptable. ick who would want to do that anyway it’s too hot!

I can cope with not eating I am a female we can simply not eat  for years , in my skinny days I relished in  telling people I hadn’t eaten since 1989! Anyway…

It’s the  not drinking water that kills me. I find myself wanting it more when I am not allowed to do it and desperate when I really do need it.I become manic almost to the point  I have sneakily layed down in the car and skulled a coconut water after a boxing session, thrown a scarf over my head  at an empty set of traffic lights and taken a swig after walking around outside for way too long . I have even hidden in the corner of the little store on our compound and knocked back a desperate mouthful when I had ridden my bike there.  I figured if you can’t be seen it’s not in public. Anyway  I digress. I didn’t really do that I just had visions of how I could do it!

I did however see a man at the checkout last year in Waitress who paid for his groceries and right next to the big sign that said DO nOT consume food or beverages in Public ripped open a packet of chips and shoved them into his mouth right there in front of everyone. It was like he had turned into the cookie monster, chips went flying everywhere. I nearly ran for the  crumbs myself but exercised restraint. I do admit to lying on the floor of a taxi skilling drinking yoghurt. The taxi driver could not have seen me but casually asked if I “found it difficult not eating or drinking during Ramadan” I nearly spat it out all over the back seat! 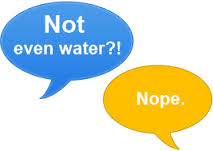 To add to my inner high temperature, yesterday I drove to a mall to meet a friend for a coffee in the cordoned off non muslim area where the coffee is served in a cocoon. It is either that or eat and drink in the toilet.

I drove in to the car park collecting my ticket and proceeded to drive to my usual good parking spot. Exactly 42 seconds later I found myself at the exit in a queue!. WTF somehow I took a wrong turn and took an exit fucking ramp. Worst thing is I had to beg the man to open the gate as my ticket was not validated. I then drove out of the car park to find one road and it lead to  a friggin freeway!

I had a lovely time with my friend  feeling chuffed that I arrived only 30 mins late! We said our goodbyes, I dashed to the Nespresso store feeling really lucky to live in a city that stocks Nespresso and Vegemite and I felt confident my brain had reset in the air con of the mall.  I definitely did not need to consult the photo  I had taken of where I had parked the car.

20 mins later I am wondering around sweating my tits off and cursing that some bastard had stolen my car!

I was indeed  on the floor below. DARN iT.

PS. I am in no way disrespectful of Ramadan and the joy fasting brings to my Muslim sisters.

PPS. Oh my friend sent me a text. It appears I am not the only one with brain melt. She lost her car park ticket yesterday and had to pay 150 AED ( $40) to get out!