Ashamed to say by Andy Mayer

Last week we had some of our all time favourite people come to stay. They asked what we wanted bought over which was AWESOME!!!. Not wishing to be too greedy and fill her already heavy bags we asked for packets of treats. She delivered lots. I hid them and said thank you.

One morning I opened the rubbish bin lid to see a familiar shiny wrapper  sitting on top of the trash. It was a Cherry Ripe wrapper! I went through the scenarios of which  child happily munched away and then discarded the evidence. I took a breath, I  closed the lid. Moments later my husband found the same evidence  and yelled out rather loudly “Cherry Ripe, Who ate a Cherry ripe?”

Our guest admitted she had  “found” one in her hand bag and had a little snack the previous evening. It’s her bag, her Cherry Ripe and her choice but that empty disappointment was hard to swallow. Why didn’t she hide the evidence? Why didn’t she keep it for later in her trip far far away from us? How on earth did she manage to not eat that for over a week before coming to our place? Was she lying? Did she have lots more? We will never know, it was not be discussed again. 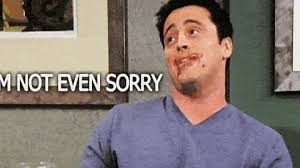 I hope this doesn’t come across as rude because having visitors from your home country is such a wonderful thing. For years we lived in places people didn’t want to visit or couldn’t afford to visit or visa’s were just too difficult to obtain. Now we have guests staying every month. Our guests from Australia in April this year came with 4 kilos of treats for us. I hid them from our children  and my husband and I ate them at night ! Our guest in February bought Aussie lollies and Aussie Milo.

Most countries we lived in had a reasonable selection of imported goods but mostly were ridiculously expensive and they hardly ever stocked Aussie favourites (except Dubai). If you chanced upon them you stock up, but Vegemite is a rare bird in Porto! Expat facebook  sites all over the world have pictures of people’s booty from a trip home. Food travels in people’s suitcases all over the world and I have carried my fair share.

Allen’s lollies are by far the best lollies in the world! Vegemite is the best all purpose spread in the world! Smith’s Chips beat Lays hands down! Cancer Council sunscreen is better than any brand under the sun! Lucas PawPaw cream, say no more ! Maggie Beer’s quince paste is delicious and travels well. Aussie weetbix shit all over British ones.  blah blah…

Shall I go on?

Or are you just going to give me the same  advice trolls on expat pages give?

“Support local”, “Why did you bother leaving”,”If you love Aussie products so much why don’t you just go back? ”

Well we don’t need these things all the time but if people are passing by or we are able to get our hands on them we stock up. It is such a great thing on a wintery afternoon to pull out the stash of lollies and watch a movie , it is always a good thing to have Vegemite in your cupboard when the craving hits you morning noon or night and you have some delicious fresh bread.   Discovering your stash is being eaten…….that is just a big kick in the guts .

This is where the problems occur.  Australians still like to eat Vegemite on toast when travelling and have no issues emptying a jar when they stay. My natural response is to hide it. Can’t they go without for the time they are on. holiday and eat as much as they like at home?  I can’t say that it just sounds petty. But………..

Scraping an almost empty jar of Vegemite in a desperate bid for a final taste is a tragic scene when sourcing another one is almost impossible.