All you expat mumma’s know the drill. You rock up to school and BAM.( not an acroynm) The head of the PTA, PTG ABCDEFG or some random/ kinda sorta not really a teacher /employee says “You would make a great homeroom parent” and before you have time to check for the fire escape, the fire alarm or pray that your phone will ring you have been labelled, branded and handed the task .

So the point of this little rant is to let you know I had a friend point her finger at me (no longer a friend)  whilst chatting to some  other mothers at school. Unfortunatley I had a massive hangover at the time and was feeling pretty shabby and my defence system was offline. They pounced on me with both barrels. Are you free next week? I was dead in the water ( or woda as Aussies tend to say) before I could press the firealarm, run or say NO they got me. I actually had no idea what they were going to ask me but that desire to flee was immense. (See FitExpat) 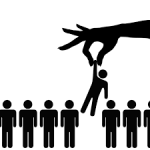 Needless to say I am officially the homeroom parent for class 3B.

I assumed that the role would mean reading with the children once a week. I  especially love reading  with the non English speakers. Bless their hearts  because The Very Hungry Caterpiller takes 10 mins to read and off you go  done and dusted. It’s not like when the smarty pants readers read entire boring novels to you.

Anyway I assumed the best. Maybe I would be a chaperone on a couple of field trips,  meet some cool mums who like Gin,get a heads up on the latest gossip at school or  my son might get an extra grade or 2 because I am a suck!

Boy was I wrong. I barked up the wrong camel post.

It is a thankless task.

There are 3 class parties ( Christmas, something else and end of year) to arrange, decorate and pay for ( gulp) those rich little Emirati’s better get used to the idea of Andy’s home catering ‘coz it’s Fairy Bread and popcorn for my parties . It’s all Sheik n Bake where I come from.  The matter of interior design is also an issue as crafting is not my forte I confess if the job can’t be done with some sticky tape and some balloons I am not the right person for the job!

I had to collect $$ from parents who already feel jibbed about the whole BYO computer program the school implemented and the dollars they shell out for after school activities, bus fares, school lunches and birthday parties. It was like pulling teeth from a spitting cobra. then there was the class rivalry, who had the best decorations, the most effort and of course collaboration.

I didn’t meet any Gin drinkers because most parents avoid me like the plague probably worried I might ask something of them.Either that or they think i am a Hobo. My son says I dress like one.

Ok  truthfully, I delegated. That’s what I do best. I roped in a really nice mum called Pia who is kind and normal. She collected heaps of $ and kept it in a neat little envelope with all the parents names.

Next was the gift purchasing for the teacher, WTF? Yes I had to spend a couple of hundred bucks on the teacher who had been our teacher for a measly 3 months! ahh Christams in an Islamic country. Anyway we got him a great tie, some camel milk chocolates a book and something obscure but cheap. I wanted to give him beer but

a) beer is expensive

b) we don’t have an alcohol license so have to buy at duty free or call the man in the van with the black  plastic bags full of booze who delivers late at night under the cover of moonlight.

c) taking beer to school is frowned upon

Too much hard work, so I  got  him a fluorescent pen instead.

So there are 2 more parties still to go apparently and I have to arrange catering and buy more gifts for the teacher .  I won’t be making Fairy bread again it didn’t get eaten. Delegate Delegate Delegate Om Shanti is my new  mantra.

Actually I need to fess up. I TRIED TO QUIT.  I sent the head of the PTA/PTG (whatever the lady with the perfect hair) an email saying I was not cut out for the job. I am terrible at group emails and no good with money. She said I needed to find a replacement. 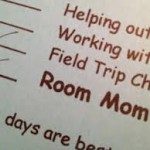 Not to be confused with the “exercise apathy “ group or the “charity by guilt” group (because they are rarely seen exercising or knocking back booze at Charity do’s), these women dedicate their expat expertise to improving the lives of the indigenous population they see slogging it out each day . They have a  genuine desire for outcomes that are for  the  betterment of people’s lives.They set up amazing initiatives and charities in hospitals,orphanages or schools,they  offer supply chain solutions, training courses , improvements to health care facilities, pro bono work and more. Some brave charity givers set up their own school, childcare facility or orphanage and are locked in for life.

You don’t see these ladies very often, they travel a lot and spend exorbitant amounts of time rustling up funding through Consulate officials, NGO’s,  available grants and  corporate sponsors. Mostly these women work in the background preferring not to take any limelight for their work and are often  an enigma. “Oh I have heard about her but never met her”, or  ” Yes I heard her once speak at a International Women’s Association meeting, she was so interesting” .

Charity Givers usually send a Proxy  to rally support in the expat community and  to hustle for the much needed dollars for their work to be sustainable. Perhaps their expat high earning husbands have turned off the tap?

The Proxy’s are usually the social butterflies and shmooze and wine and dine to get the cash. They are not backward in coming forward and will slug you at any opportunity they get. Their bosses are pretty tough ladies and expect them to pull in the support locally so they only engage the tough women to do the Proxy job.

The Charity Giver is often a straight haired, post middle aged, bespeckled and nearly always semi grey haired women with a  rather stern personality ( much likened to a school headmistress from the early 1900’s). She is the one that Shhhhhhhh’s you to be quiet at the Charity ball and has a name like Christina, Julie, Joan, Didi, Bizzie, Gilly or Indigo Prushpika Gallows-Holloway.  They are long term expats who,in their youth back in the 60’s, probably did the hippy trail from London to India and were in the Famous Pudding Shop in Istanbul smoking hash with the guy from Midnight Express or knew someone that did!.

Their counterpart “The Proxy” will be a vivacious 40 something year old with a strong network of women  in her expat community that will support her bosses charity because a) they are scared of her b) she is a scary kickboxing 6ft blonde or c) they are  the Charity by Guilt givers and only need a little poke to hand over their tithe/zakat money, buy a ticket to the ball or a raffle ticket, d) she is the head of the dive club or other fun social club that women want to be a part of e) she knows a great hairdresser who does blonde highlights really well

The Charity Giver and The Proxy co-exist with the big busted Bakers and usually engage the Future Bakers to hustle the Exercise Expats into coughing up for quilts, raffle tickets, cupcakes and tickets to the ball.

So in summary the exercise group are on the outer and sometimes considered naughty  and caught up in Expat life by the other 2 groups, but are needed for their ability to support charities. 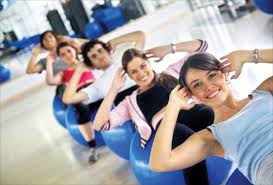 So there you have it 3 types of Expat Women and their subgroups!

“Well what about you , you pompous blogging cow?” I hear you ask.

Well I don’t fit into any of the categories. 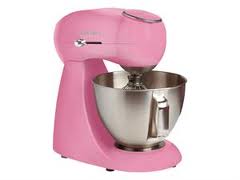 In continuation of my simple explanation of the 3 types of Expat wives that exist in the time space continuum, I present ……

These women  surround you at every turn they are ubiquitous and  rather competitive in their baking prowess. Often their leading question on meeting a newcomer is “Do you bake?” If the answer is no  you  will have a glove slapped face and challenge laid down. “Oh you will bake, dear”.

These are not your faux bakers, they don’t use packet mix and they never turn up  to a coffee morning with a shop bought item. I suspect these women either do not drink before a bake sale or they thrive on getting up early and have a snifter of the good stuff to calm the nerves before baking, such is their dedication to their craft. They are of every nationality and all have 1 signature cake or desert that they bring to all functions or bake sales knowing their creation will sell immediately or be devoured by guests.

Some of the bakers are pretty smug and their baked goods can look like:

b) Something from the desert section of Gourmet Traveller

c) The cake on the front of Betty Crocker chocolate cake mix only their cake was made from scratch. Packets… NEVER, EVER  are found in one of these bitches pantries. 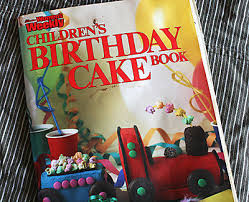 Their natural habitat is the kitchen but sewing rooms, craft rooms and women’s association bored- rooms ( excuse the pun) are equally as habitable and comfortable to a Baker.Scrapbooking is the hobby of choice and swap meets for items is a big coffee morning agenda.  They combine their love of baking with quilting or stitch and bitch sessions and sew for charitable groups and newborn family members. 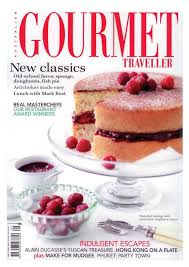 Mostly but not always, these women are

b) Have short hair or are short in stature or both and have a teachers qualification or nursing qualification.

d) Are very organised and routine in their lives and  were probably school captain, Student Council  Representative or Parent teacher representatives in the past

e) Are past, present or future International Women’s Group president or secretary

f) not overly enthused by the exercisers way of life.

The Bakers have a subgroup who will become the Bakers of the future. These women are mostly mothers of 7-12 year olds  and do bake. They are  under 44 years of age and they can definitely be found on the Parent Teacher Association Committee and at The International Women’s Group meetings. They may have made a packet mix cake in a rush for one of their children’s birthday  parties years ago but those days are gone. Their Kenwood Chef in girlie pink is NOT for show. They use it!  It also matches their shabby chic kitchen furniture and the  quilt  one of the Bakers auctioned off at a charity do is hanging over the back of their comfy armchair.  Coconut ice is a breeze, mince pies, chocolate fudge, Anzac cookies and White Christmas are all  in their school fete repertoire. Cupcakes are baked weekly and sit beautifully on their tiered cake trays on the centre of their table.

Unfortunately the Exercisers never get to sample the Bakers  goods because they are hung over and missed the bake sale,  are preparing for a half  marathon in Prague or “dieting”.

stay tuned for the Charity Givers.