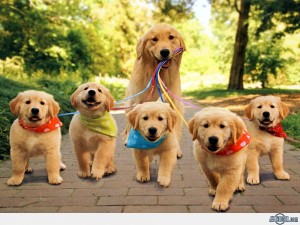 “Holy Shit! Are you kidding me?” was my response to a Russian friends explanation of how much was costing to relocate their ageing mastiff from Mongolia to The DRC.

“ It costs what For a cat!” I exclaimed when an Aussie relayed the cost  of relocating her pet moggie from Saudi Arabia to Australia.

I am scared! Our children have been begging for a pet dog, well actually a puppy for years now. We have managed to save off the inevitable with statements like:

So with statements like that we have managed to keep the boys happy with Terrapins and Sea monkeys. Ok none of those things worked out and we only have  dead terrapins and empty sea monkey enclosures.  (Don’t mention fucking Sea monkeys around me though I get a bit twitchy and have flashbacks to a nasty incident in Saudi Arabia. but I can talk about that later)

Now the boys are older and after living in Mongolia we promised them and it is time to accept this challenge. The problem is there are only Mongrel breeds here and they are HUGE they are called Kangols ever heard of them? I hadn’t and google did not please me one bit. The other issue is Dubai has breeds available form “not puppy farms” but they are $1000 to $2000 for little rats on stilts! then you have to cargo them over. We can live with that but by far the most pressing issue at present is Max the 7 year old wants to call the dog, Jesus. He proudly tells us his new best friends is called Jesus with a smile bordering on a smirk like he just got away with swearing.

I have a friend in Abu Dhabi (who shall remain nameless) she is a lovely person and a kind animal lover so kind she is vegan! However when she was in Saudi she named her new pet cat Ahmed.It was a fateful choice of names for my Mexican mate because as she found out when registering him it was deeply offensive. Everyone needs a bit of Wasta* in the kingdom and the receptionist at the compound had a little bit and was particularly helpful if one needed a compound car in a hurry, an extra seat on a bus or some kind of assistance, anyway he also registered  all the compound pets! The mexican had a favourable relationship with this man and when she announced his name tag was to say Ahmed he boomed, “How dare you shame one of the 99 holy names of the prophet( SAWS), Astafrullahazim” and waved her away.He refused to acknowledge her again and there went her little bit of Wasta! Needless to say Ahmed was left behind proving “too difficult” to ship that little pussy out.

What will happen if max gets his way and the new $1000 puppy is called, Jesus or worse his full name ,Jesus Christ? Who knows but blasphemy runs high in our household and there will be shouts down the street on occasions “Jesus Christ come back here you bloody dog”

How much did the dog and the cat at the beginning of the story cost to relocate you ask? The Mastiff, called Walter, cost $14,000 USD and the  mongrel cat called ,Stinky cost $8000AUD. Ahmed didn’t cost a  cent and is  still with a loving family in Jeddah.

#3 note to self include pet cargo in the next job contract! expats don”t pay for anything

#4 all  hashtag comments are said with tongue in cheek