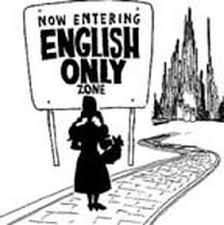 As a bilingual speaker ( English and Australian) I find it challenging to take the plunge and become trilingual.

Don’t get me wrong. I can count to 999,999 in Mongolian, I can say “hello” , “goodbye”, “good morning” , “thank you”, “excuse me”  and “my name is” in  Mongolian, Kurdish, Japanese, Spanish, French, Arabic, Hebrew, Italian, German, Turkish ( ok I can only say  hi & thanks)  and Korean ( just thanks) I can also say some really unsavoury swear words in Russian but that is about it.

It’s being fluent that is the hard part.

I can read Russian ( Cyrillic)  but it is useless, I can’t understand what I am reading unless it says Pectopah or Hotapaht.

Oh and I can say “water” in Georgian! extremely useful…… in Georgia except when they speak English!

Recently I have been pondering my lack of linguistic skills due to knocking around with Francophiles, Germanians and Spanishtas.  It shits me to tears  when they can switch from English to German to French to Spanish in the blink of an eye with any waiter, tourist or really cute small child. ( Spanish kids are so cute). 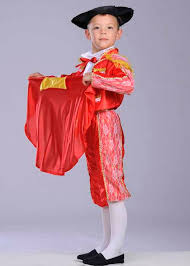 I have a Mexican friend who speaks fluent German, French, Spanish, English and Dutch!! Jesus that is showing off now.  I put it down to a mixed culture language marriage. She is married to a multilingual Belgian.  My husband speaks English and really good Strine.Even the Sth Africans are starting to make me envious with their frightfully proper English and their Afrikaans.

The taxi drivers here speak about 4 languages each. Even they are smarter than me and if you knew most Dubai taxi drivers you will know that is pretty outstanding.

My Iranian friend who speaks Italian can understand my Portuguese mate! FUCK.  In group conversations when they use Italian words I  nod my head up and down and frown  as if I get what they are saying.

A recent outing in London with a friend saw me shrink into my own dumbness when she said “Do you speak Spanish?”

“Oh I only studied Spanish and French at University I suppose I am ok but my kids laugh at my French. I am not that good” she said with the utmost humility

I didn’t want to tell her my kids think I speak fluent French they are impressed by my knowledge of French words! I can’t string a sentence together but can rattle of loads of nouns. And there in lies my problem I am lazy. I hate verbs especially verbs requiring knowledge of their ending. I am not very good with pronouns either. I suck at languages.

In Mongolia it was really strange because sometimes I would watch 2 Mongolians interacting: one would ask a question and the other would not understand  so the same thing that happened to me would happen to a native speaker.

I think Mongolians have a lot of trouble understanding each other hell I didn’t stand a chance.

You know what it is like you think you have the pronunciation downbeat and the person just does not understand, so you try again  using a different facial expression, NOTHING, you try again tilting your head to the side, NOTHING, again  in a French accent NOTHING!!

Then you give up thinking the other person is an idiot! Unfortunately it is me who looks like the idiot or the clown as it usually ends up with the person pointing and laughing at me.

I also must cease using my international accent to introduce myself when  I can’t speak the new person’s language. I point at my chest  and say “Un-Dee” then point at them and get blank stares. Maybe the pointing is what puts them off?

Once I did that UNDEE and point thing and I got offered a bottle of water. Another time I did it and was handed a mobile phone. WTF?Presumably it was so I could call someone who could translate my pointing thing for them.

Maybe I need to speak less  Australyan and more Spanglish.